Due to a bug, there are many duplicate folders in a file system. You are given a 2D array paths, where paths[i] is an array representing an absolute path to the i-th folder in the file system.

Once all the identical folders and their subfolders have been marked, the file system will delete all of them. The file system only runs the deletion once, so any folders that become identical after the initial deletion are not deleted.

Return the 2D array ans containing the paths of the remaining folders after deleting all the marked folders. The paths may be returned in any order. 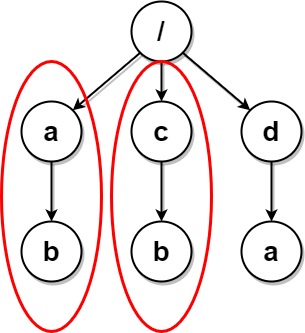 Folders “/a” and “/c” (and their subfolders) are marked for deletion because they both contain an empty folder named “b”. 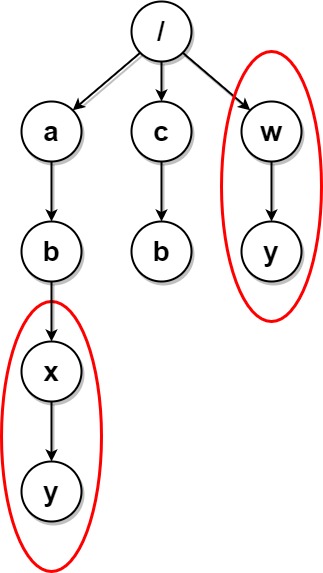 Folders “/a/b/x” and “/w” (and their subfolders) are marked for deletion because they both contain an empty folder named “y”.

Note that folders “/a” and “/c” are identical after the deletion, but they are not deleted because they were not marked beforehand. 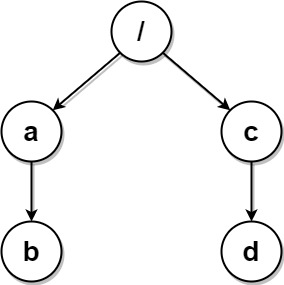 Explanation: All folders are unique in the file system.

Note that the returned array can be in a different order as the order does not matter. 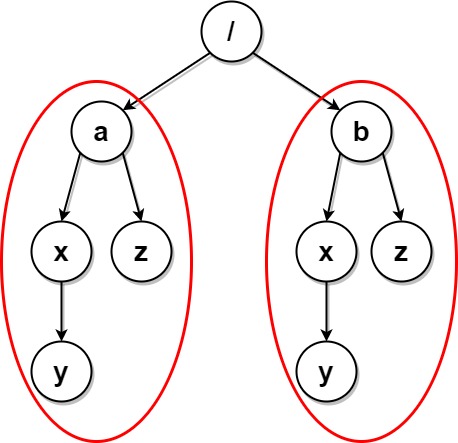 Folders “/a/x” and “/b/x” (and their subfolders) are marked for deletion because they both contain an empty folder named “y”.

Folders “/a” and “/b” (and their subfolders) are marked for deletion because they both contain an empty folder “z” and the folder “x” described above. 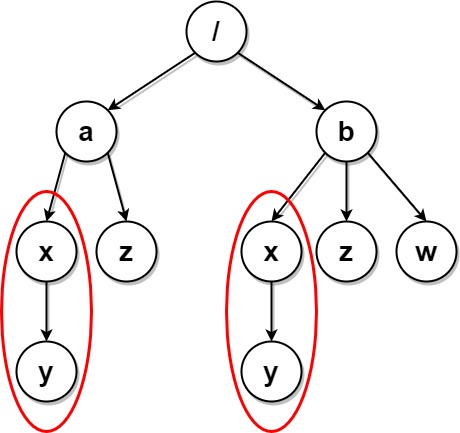 Explanation: This has the same structure as the previous example, except with the added “/b/w”.

Note that “/a/z” and “/b/z” are not marked because the set of identical subfolders must be non-empty, but these folders are empty.

Use a trie to represent the file system. In the trie, the root is "/" and each of the remaining nodes represent a folder. Then encode the folders and use a hash map to store each encoding’s number of occurrences. If an encoding occurs more than once, then it should be deleted. Finally, return the remaining folders.